Casey Dorgan, Service Engineer, joined the team in August 2020.  Casey brings with him a wealth of experience having worked at British Gas for 15 years and trained at their esteemed academy across all domestic gas systems.  In addition to his domestic training, Casey is also qualified in commercial gas and confined spaces. 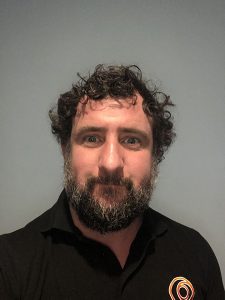 As a service Engineer, Casey is finding that his duties are currently split 60/40 between breakdown and servicing, and his fault-finding skills have been well-utilised since joining the group.  There are similarities with the component trail and fault finding with commercial and domestic burners and Casey’s experience with the latter has resulted in him being able to hit the ground running and help our clients from day one.

Casey lives in Runcorn with has two daughters, Grace and Luna.  He says that Operational Group ticked every box when he was looking for his new role; offering ideal location, flexibility and work-life balance and he already feels a part of the Operational Group family.

Casey is used to working alone but also as part of a wider team, having also been in the Army prior to joining British Gas. An unfortunate accident resulting in a broken leg ended Casey’s military career earlier than planned.

Formerly a keen amateur footballer, Casey is still a football fan and is a season ticket holder at Everton.  Casey’s daughter is also a keen footballer, and he very much enjoys watching her play.

Do you have a project that Casey can help with? Contact us